Jessica Olien (@jessicaolien) created a hybrid text in The Blobfish Book. Students are introduced to the creatures of each ocean zone. Facts are shared with real photos of the animal creatures. Blobfish adds his first-person commentary on each page with speech bubbles. The humorous style will hook your kids into learning more about the ocean.

When the text shares that the Blobfish was named the ugliest animal in the universe, Blobfish has a melt down. The other creatures, his friends, rally around him to uplift his spirits.

This book trailer includes an explanation of the different ocean zones.

This kid science video explains why the Blobfish is called the ugliest animal. Also, check out the book Pink is for Blobfish.

Savorings for The Blobfish Book:

Skunk takes a walk at night to visit his friend, Possum. Possum seems to be hiding. He hushes his friend. He’s afraid. He’s afraid of the night animal.

The evening continues as Gianna Marino introduces other night animals – wolf, bear, bat – in Night Animals. Using speech bubbles, the animals share personified feelings of fright for the darkness. Humorously written, the reader will learn who are night animals and what their behavior is like. My favorite if Possum, especially when Skunk gets surprised. Do you know what skunks do when they are frightened? This book would be a fun way to introduce a nonfiction text on the subject of nocturnal animals.

I was perusing through my Thanksgiving books and came across Turk and Runt. The book is hilarious. Lots of play on words and voices. Lisa Wheeler did an incredible job of thinking like a turkey in pursuit. Just had to mention it. Click on this link for more mini-lesson ideas.

Tammy Shultz and I present our top book picks of the year. I always have a difficult time narrowing my choices; there are many books to choose from. We do not necessarily choose the newest books (Donalyn Miller keeps me updated). We choose books that have appealed to our kids this past year. Curious Critter is a book I loved. It’s funny and the kids react to the creatures talking to them. I had it on my slide show when I reviewed last year’s books; I realized Tammy had shared it as her book last year. Makes sense. Great book!

Curious Critters is a nonfiction text with voice! I was drawn to the captivating descriptions and features of the creatures. David FitzSimmons illustrated the photographs on a white background, emphasizing the details of the critters. A website features the critters. Click here to see what’s new.

His second book, Curious Critters Vol. 2, is available. When you click on the title, the link will allow you to preview a few pages. Fascinating!

View the YouTube video (1:20 second) book trailer. Your students will be intrigued!

Savorings for reading and in writing for Curious Critters:

Treasures of the day – hearing a kid say something funny. Here are two from today:

During interactive writing group, Lil, a first grader, was writing the sentence we had just practiced. She looked up in the middle of writing a word and said, “Do you know one of Michael Jackson’s moves is?”

What I wanted to say was, “Where did that idea come from? We are writing about Spring. Does Michael Jackson have some correlation with the season?” Instead I replied with an inquiring look, “What?”

“He dances,” did a little shoulder move with a smile,  and on she went to writing the rest of her word. Really? He dances.

At the end of the day, waiting in the car pick-up line, Parker, another first grader, announced, “Hey, Mrs. Gensch, you are invited to my birthday party.”

“Yep. Guess how old I am?” smiling with anticipation.

“Nope. I’m 8! And I definitely know one thing?” Parker continued.

“What’s that?” my curiosity was ready for something about his party or a gift he got.

“I definitely have to start wearing deodorant.” His serious look and slight nod caused my coworker to turn around, holding back a smile. Me – I laughed, aloud, echoing down the hall. I didn’t want to hurt his feelings; I just couldn’t hold the chuckle in.

“I’m serious, Mrs. Gensch. I stink and I have to wear deodorant,” Parker smiled.

I hugged him. “Parker, good to know.”

At least he didn’t say he had to shave.

SOL: The Power of a Vowel

Children say the funniest things. It’s priceless catching the moment. Everyone needs some type of comic relief, and I love sharing these little bits of nothing with my colleagues.

Vowels are so important in our language. The smallest sound changes the meaning of a word.

One young first grader was writing diligently in his book during writer’s workshop. When I conferred with him, Ernie looked up with excitement in his eyes.  “Mrs. Gensch, I’m writing about bulls. When I was like two years old, I went to a RADIO and saw a bull-fight. Those bulls are mean. Their horns can hurt people!”

I smiled and applauded his enthusiasm. Radio. Rodeo. Close enough.

SOL: I’m Older Than You

Patricia Polacco wrote rMy Rotten Redheaded Older Brother. It’s one of my favorites! One repeating line from Patricia’s older brother Richie is “And I’m four year’s older than you…. Always have been and always will be.” Oh, I can just hear the jab. 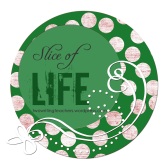 Children often use the saying, “Yeah, well I’m older than you” as a way of torment or as a trophy as if to imply, “I’m better than you.” My own children couldn’t wait until they were ten to be in double digits;  thirteen to be a teenage; then sixteen to drive. I remember that feeling. Older seemed to be better.

Now, well, age is something I rather keep on the down low. My students want to find out. It’s like a mystery they need to solve. So, I found it rather funny the other day when one of my first grade boys tried to tease me and said, “Well, I’m older than you. I’m twenty-three!” I know my eyes twinkled, but I made a face as if to say, “Yeah you got me there.”

Twenty-three – wow. My husband was surprised to learn his bride of twenty years had regressed in age so quickly. He wanted to get in on the secret. 🙂

Lane Smith crafts the book, John, Paul, George & Ben, as a storyteller speaking directly to the reader. You become wrapped up in the perspective of our forefathers’ childhoods. Kids will find it interesting to read about the historical persons as children, doing everyday child-like activities. Lane Smith’s humor is refreshing.

John, Paul, George & Ben is a fun background read for American history. Each of the five Sons of Liberty are spotlighted with events that made them famous.

In the back of the book, Lane Smith adds a true/false section to clarify focal points in the short chapters shared. I love the humor and play on words. What a fun way to get a discussion going!

There a brief video advertisement for the book. Scroll to the second video on the link. Another video, below, shows a sneak peek at the book and shares what inspired Lane Smith to create the book.

Savorings for reading and in writing for John, Paul, George & Ben:

The computer room is across the hall from my literacy office. When I am reading posts, the teacher often hears me laugh. We share stories with each other and I have been sending her slices that tickle my funny bone. Laughter is the sweetest and most potent medicine for a tough day.

Today, Abby came over and explained that she has been teaching the second graders how to use type and use the word processor. A typing exercise they did today was about spring. Wonderful. The students typed the open-ended sentence,
“In the spring, I see….”  One little girl typed, “In the spring, I see ratcoons.” (Interesting image).

The other one she shared had me laughing so hard the teachers down the hall began to laugh.  The second grade boy typed,

“In the spring, I see a porta potty and fresh cut grass.”

Do you have a favorite, comfy chair?  You know, the kind of chair that you are so comfortable in when you read or talk, you feel pampered.

My oldest son, W, made me laugh today. W is six foot two with very long legs.  He was explaining how he was working on his English dialectical journals while sitting on a comfortable, old, stage couch today.  W received 10 out of 10 points.  “I know it’s because I wasn’t having to worry about my butt.”  My quizzical look made him explain.  “I didn’t have to think about how sore my butt was from sitting on those hard chairs all day long.  It’s hard to concentrate when it’s hurting.”  I just smiled and nodded.  Yes, a comfy chair is definitely a pleasure.